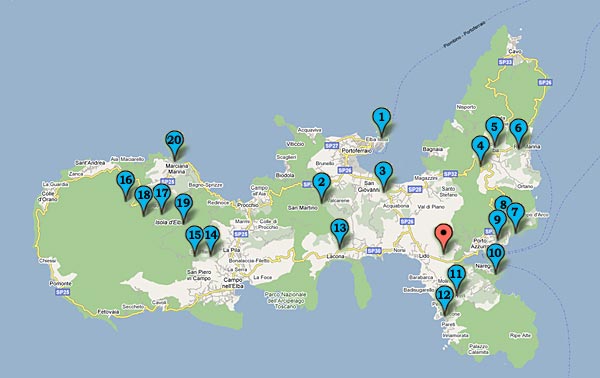 1) Portoferraio - Some interesting places to visit in the old town centre of Portoferraio are, the Villa dei Mulini with its library and gardens, where Napoleon stayed during his exile on Elba, the two forts of Forte Falcone and Forte Stella that dominate the whole old town centre of Portoferraio from above, and from where it is possible to admire a panorama that extends in all directions, and the Museo Civico Archeologico della Linguella, the municipal archaeological museum which houses exhibits from the 8th century BC to the 2nd century AD, and has the remains of a Roman villa in its grounds.

2) Napoleonic Villa of San Martino - Only a few kilometres from Portoferraio, on the way to Procchio, is another house where Napoleon stayed during his exile on Elba, here we find the Demidoff gallery, a museum exhibiting Napoleonic relics.

4) Volterraio Castle - The castle is situated at the top of monte Volterraio at roughly 12 kilometres from Portoferraio. The panorama from here is truly impressive, and it is one of the best places for enjoying a romantic sunset.

5) Rio nell'Elba - Other interesting places to visit are, the Museo dei Minerali, a museum that houses private mineral collections, the Museo Archeologico Minerario, archaeological mineral museum, the completely renovated old public wash house, and just a little way out of the town, the Eremo di Santa Caterina, hermitage, with its botanical kitchen gardens that present many of the typical plants of Elba.

6) Rio Marina - Another interesting place to visit just outside of town are the mineral mines and the Museo dei Minerali Elbani, museum of the minerals of Elba.

7) Lake of Terranera - Take the road for Rio Marina, and then about 2 kilometres after Porto Azzuro the turn-off to the right that leads to the spiaggia di Reale beach. On reaching the beach, you have to follow a path and go through a wire fence. The water in the pool that has formed in the mineral excavation pit, is greenish and rich in mineral salts. It is possible to find various minerals with a high iron content. 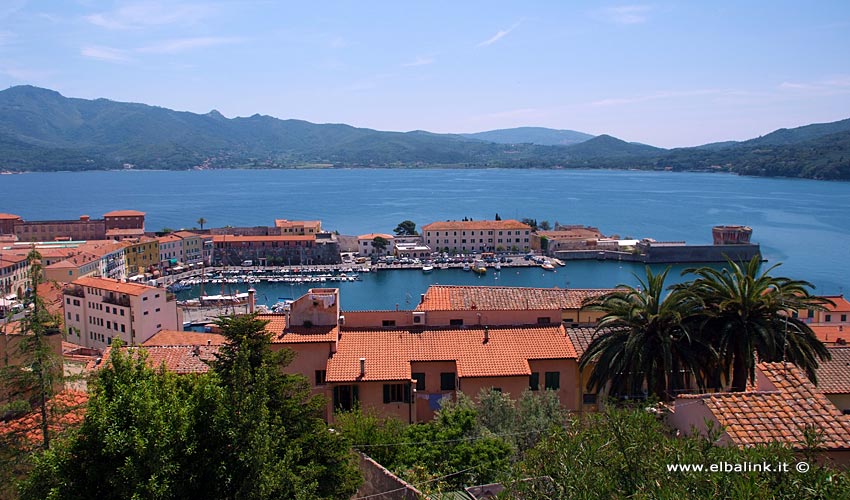 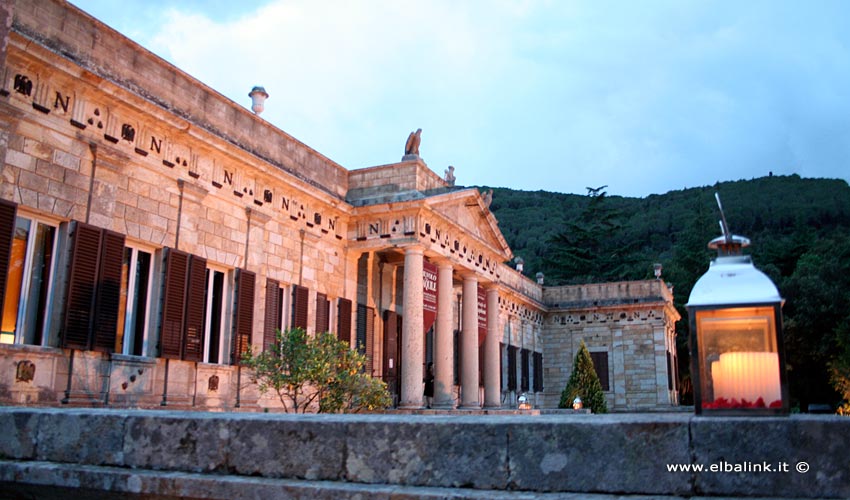 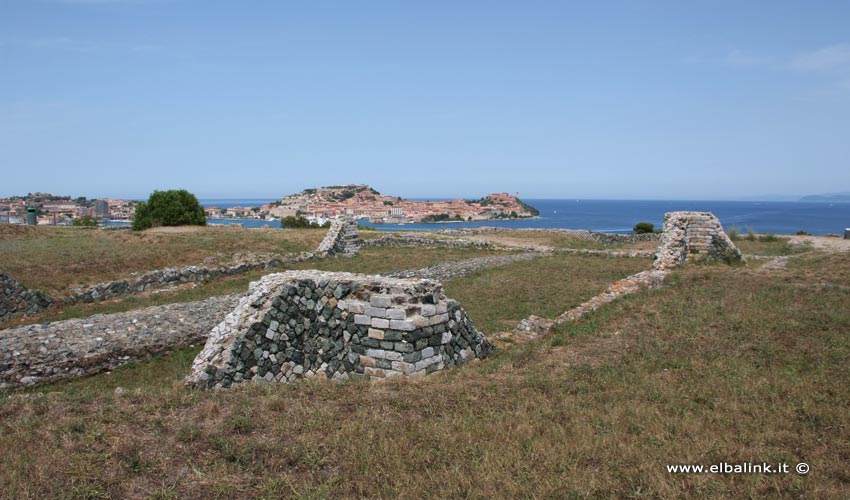 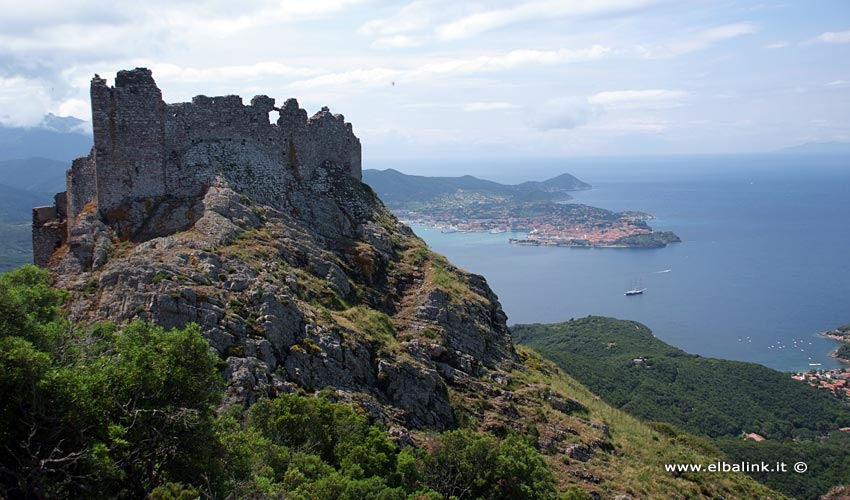 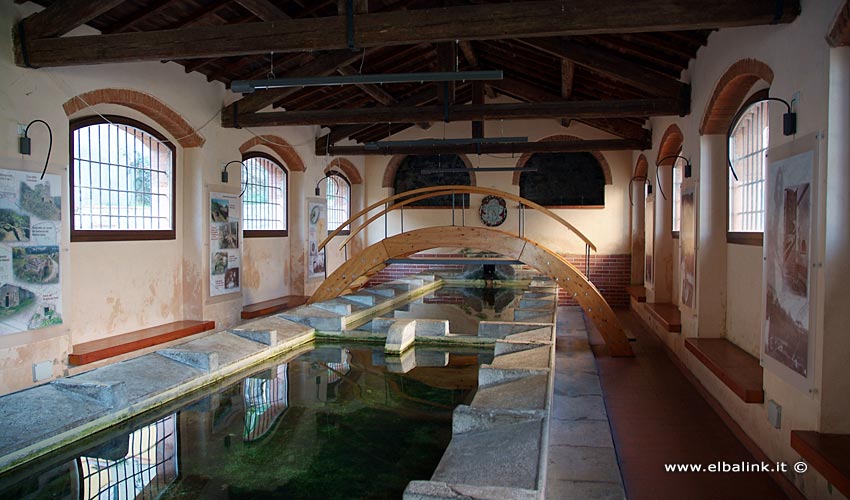 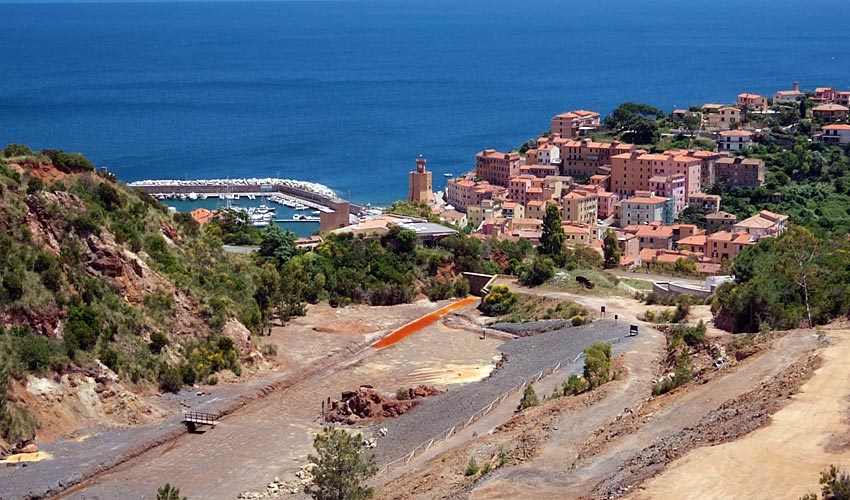 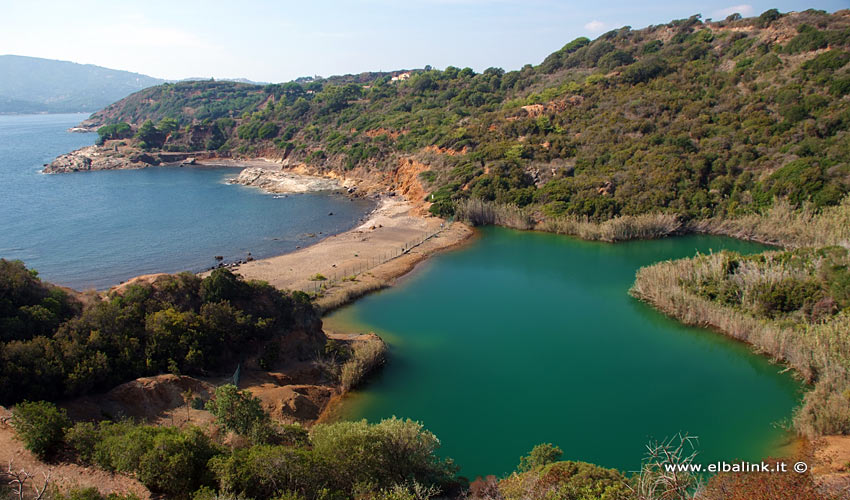 8) Sanctuary of Madonna del Monserrato - Along the road towards Rio Marina, after about 500 metres there is a lane on the left that leads to directly beneath the sanctuary, where there is a striking view to be seen from the churchyard.

9) Porto Azzurro - The footpath that goes from the small port at Porto Azzurro and follows the coast right around to the spiaggia di Barbarossa beach is well worth taking - it is lit up at night and so an evening walk is also pleasurable. The path skirts around the fort of Forte San Giacomo, which overlooks the town. This fort was built by the Spanish in the 17th century, and now houses a prison structure.

10) Fort Focardo- From Capoliveri follow the signs for Straccoligno until you reach a dirt path leading to a promontory. Once passed this you come upon the fort. The interior of the fort cannot be visited as it belongs to the Italian Navy, but there is an amazing view from here of the Mola gulf and Porto Azzurro.

11) Museo del Mare (Sea Museum)- The museum is right in the old town centre of Capoliveri, below the main piazza. With an exhibition on the wreck of the Polluce, featuring some fascinating exhibits.

13) Church of Madonna della Neve - From Capoliveri follow the signs to Lacona. On reaching Lacona follow the road into the interior. The church was erected in the 16th century on the remains of a romanesque church whose stone walls are still visible.

14) Sant'Ilario- This is about 3.5 kilometres from Marina di Campo, follow the signs from the Pila crossroads. The whole village, especially out of the tourist season, transmits a sense of peace and calm, thanks to its tranquility and complete absence of traffic. 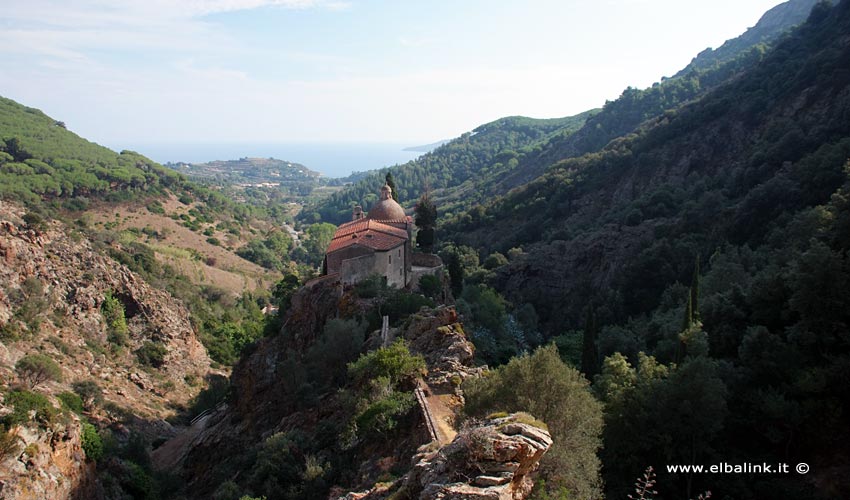 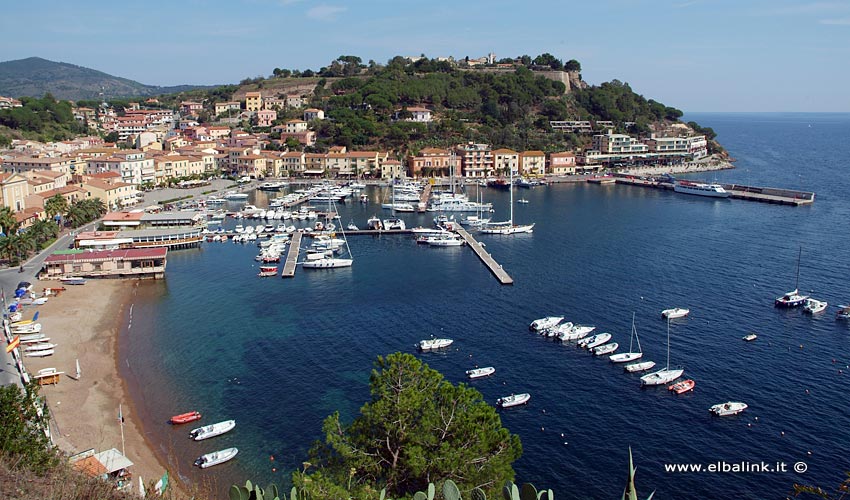 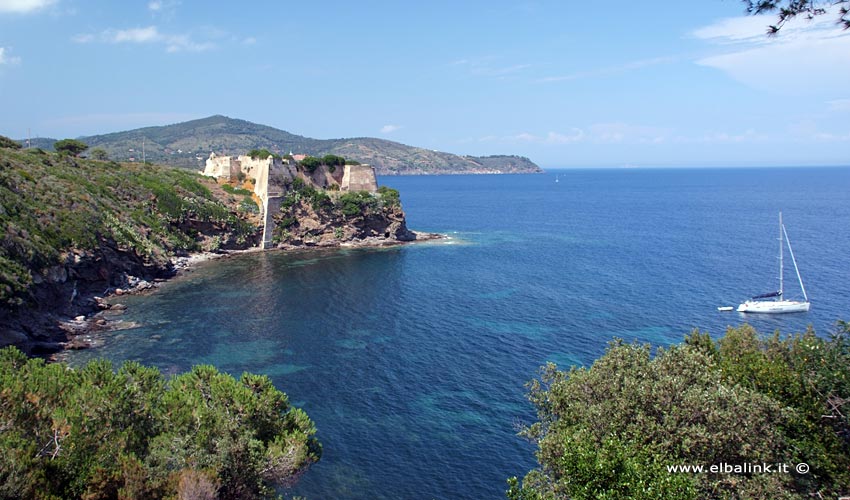 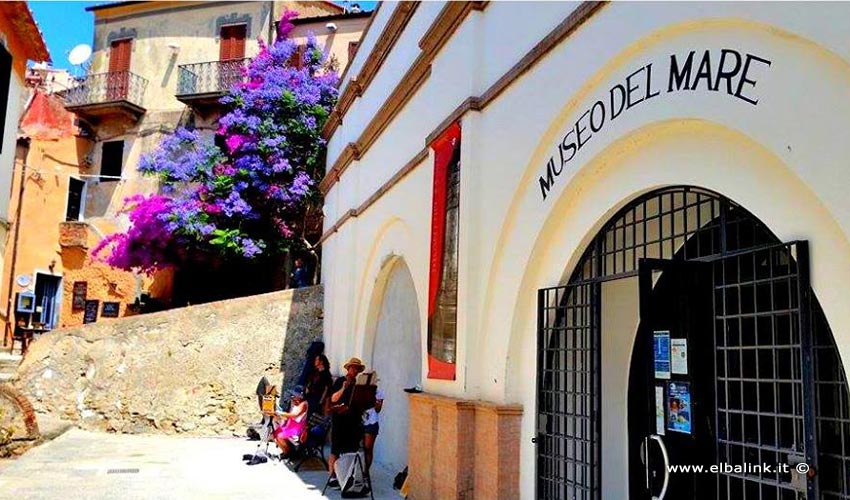 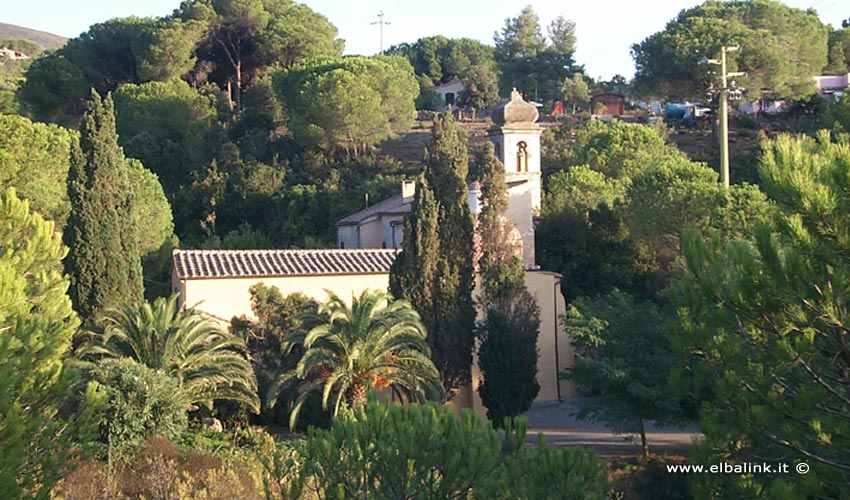 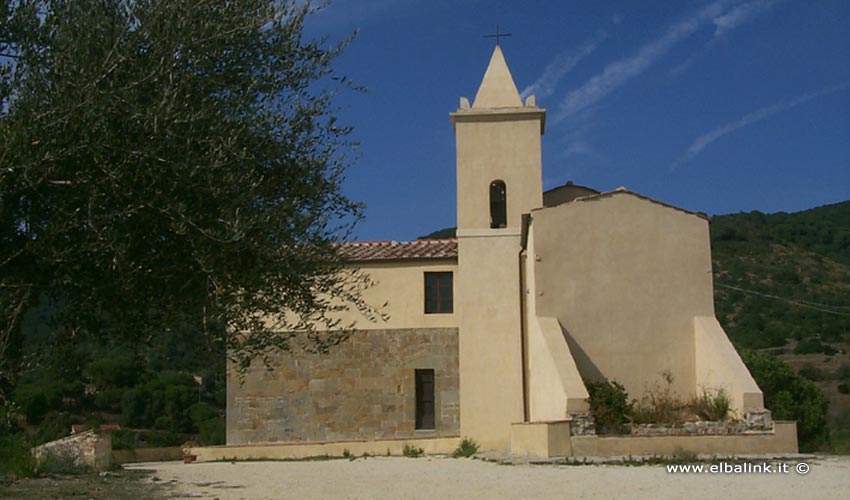 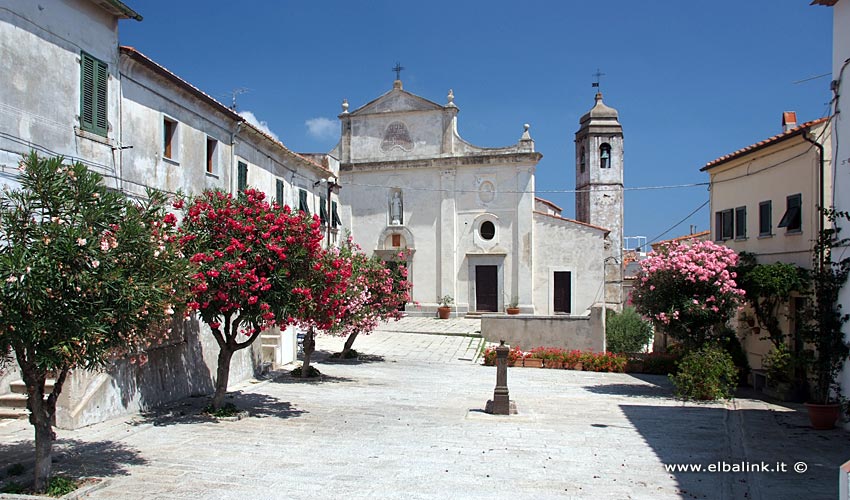 15) Tower of San Giovanni - This is about 4.5 kilometres from Marina di Campo, on the road that leads to Monte Perone. The tower was built as a look-out post. The very large granite rock the tower is built on and the spectacular drystone walls are particularly worth notice. A few metres further on is the chiesa di San Giovanni church, the largest romanesque church on Elba.

16) Marciana - There are a number of places to visit in the village of Marciana. Just above the village is the 12th century quadrangular fort of Fortezza Pisana with towers on each corner, and the Museo Civico Archeologico archaeological museum, which is home to prehistoric finds recovered from the land and the sea.

17) Poggio - On the road between Marciana Marina and Marciana, is the village of Poggio. This is very similar to Marciana and can only be toured on foot as it is built following the typical defensive plan of these villages, a series of concentric rings of narrow lanes.

18) Napoleon's Spring - Take the waters that are considered among Italy's best. It is bottled a little further along from here

19) Mount Perone - You can reach here from either Marina di Campo or from Marciana Marina by following the signs. From this position you can see the whole of Elba, and many of the islands in the Tuscan archipelago. The footpath takes you among the chestnut trees until you reach an open space from where you can admire the panorama, and maybe meet some mouflon wild sheep on the way.

20) Marciana Marina - The town's sea front promenade, starts at the beginning of the town and reaches right to the harbour. It is the ideal place for a romantic evening walk amongst the shops, with the sound of the sea in the background, against the backdrop of the tower that was built by the people of Pisa as a look-out and defensive point against the pirates that used to raid these coasts. 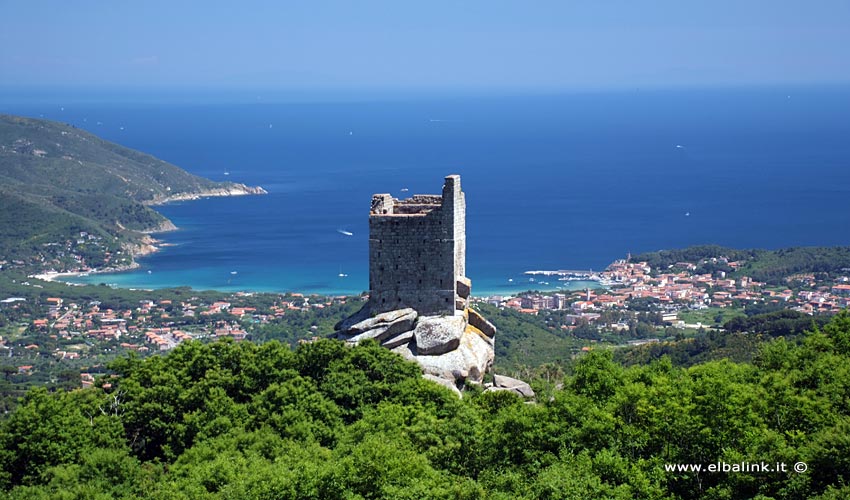 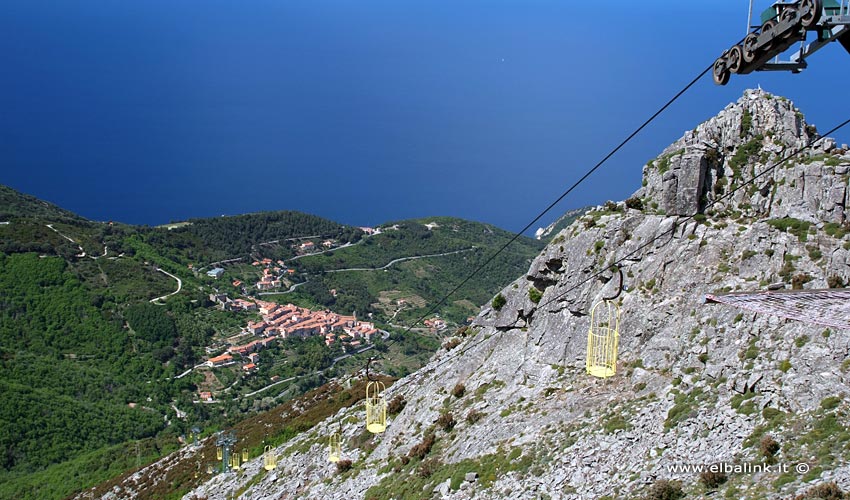 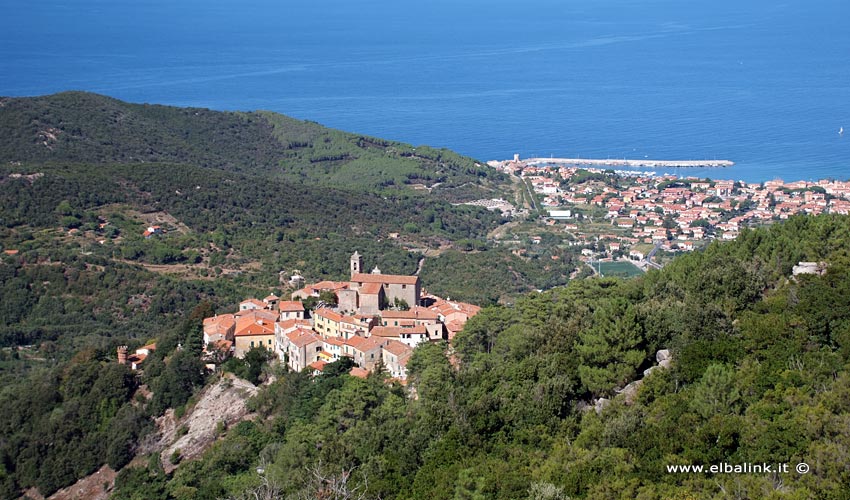 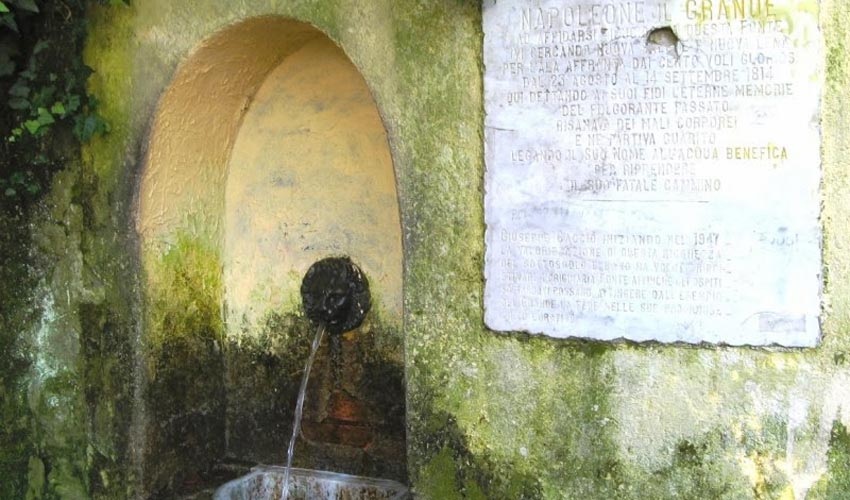 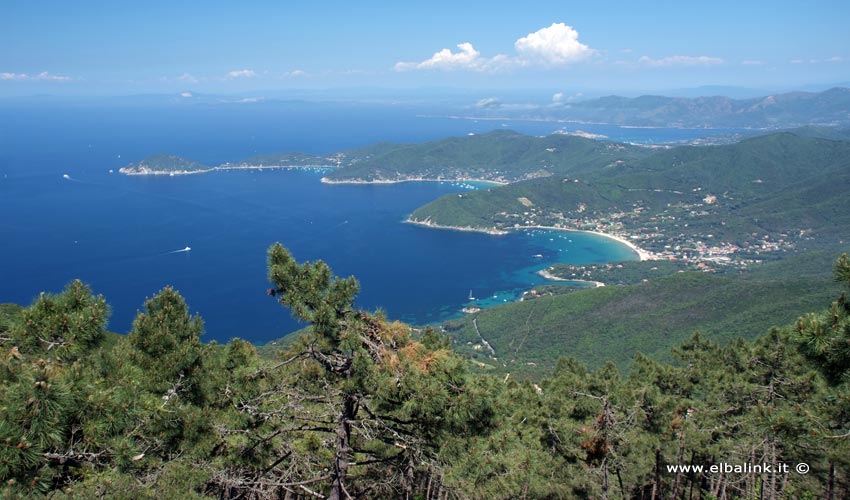 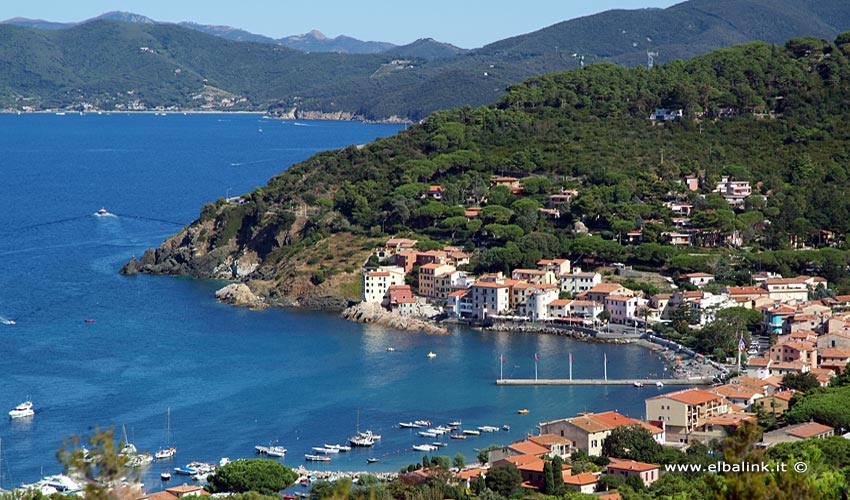