The village of Porto Azzurro

The Commune of Porto Azzurro has 3100 inhabitants, and is in a small inlet in the Gulf of Mola, once used as a natural port for the Tyrrhenian sea trade. It is the modern name for Portolongone, a sea town at the foot of a promontory with the Longone, or San Giacomo, Fortress at the top, built by Phillip II of Spain in 1563; the building is star shaped and in some way reminds you of the Antwerp castle. 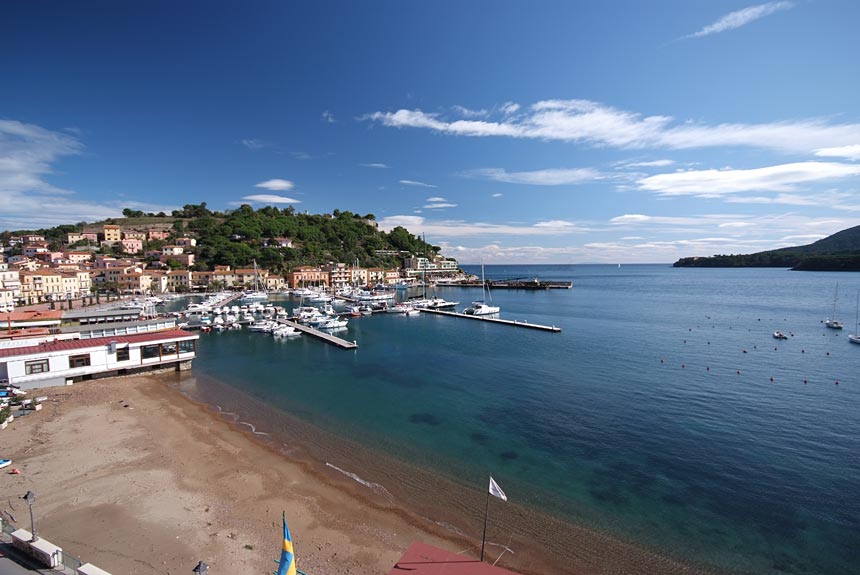 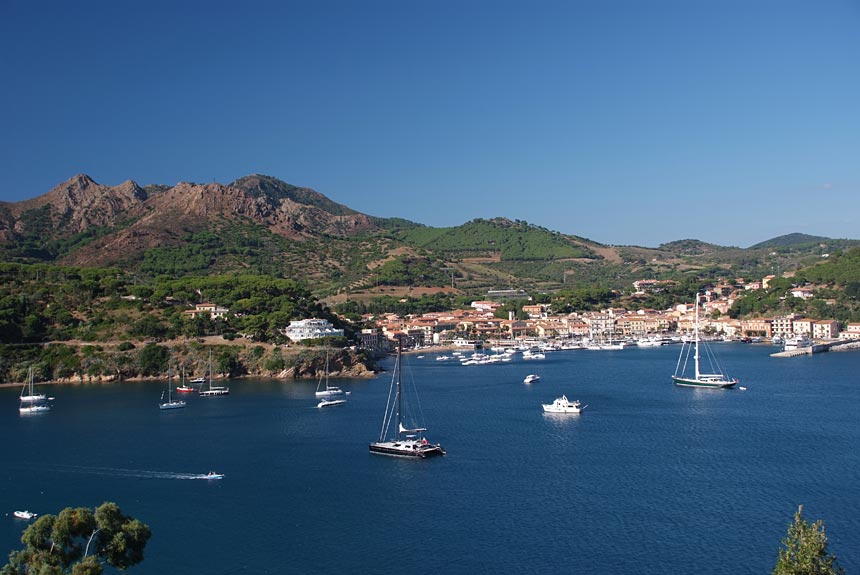 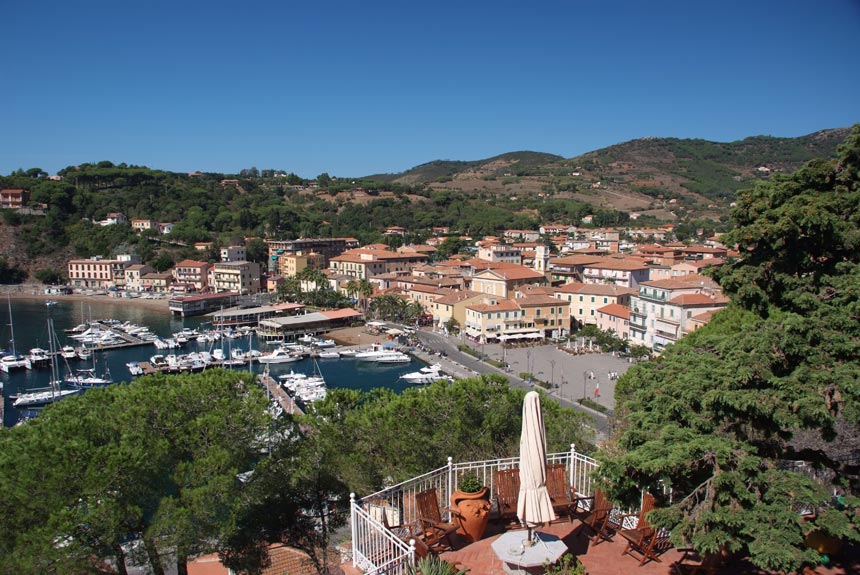 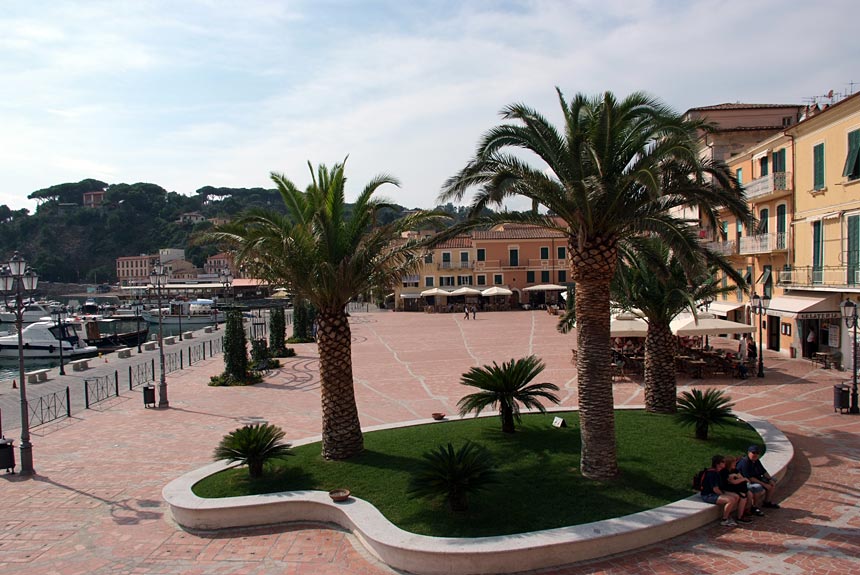 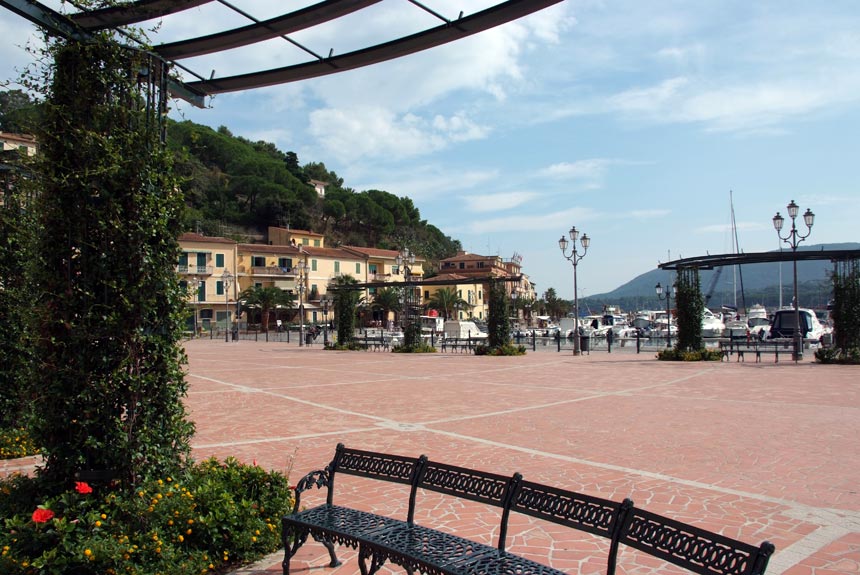 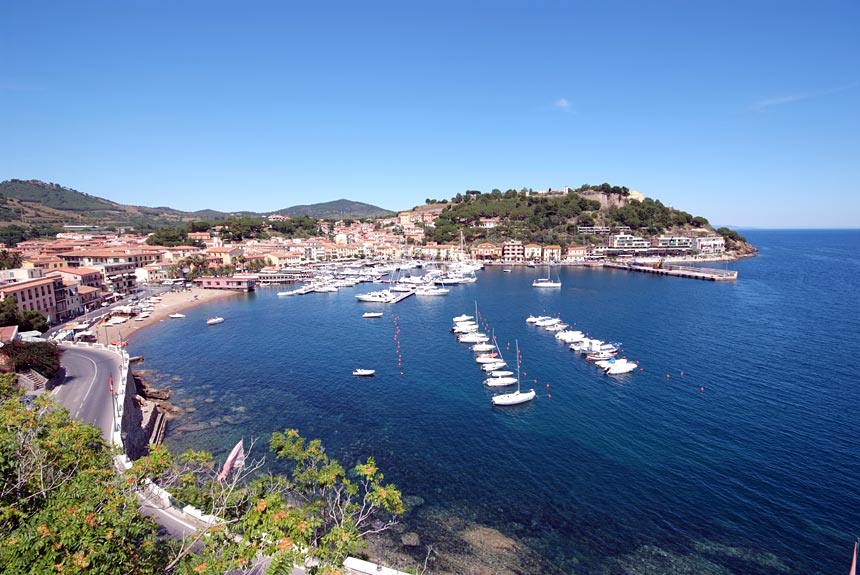 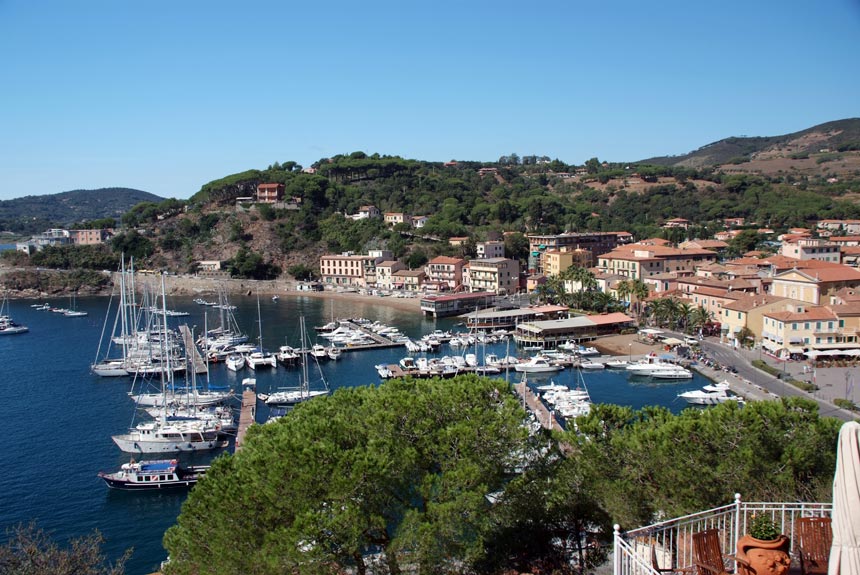 The Saracens raided Portolongone for centuries, then it was ruled by the French, the Spaniards and by the Germans, and fought for by the great European powers until 1802; that same year it became part of the French territory. In the beginning of the 16th century, it was the Spaniards, who, following the advice of the Genoese admiral Andrea Doria, decided to build a fortification on the eastern side of the gulf in order to close the bay. Together with the 'Focardo' Fortress on the other side, this became the defensive system of the gulf, base of Filippo III's fleet. This defensive system was made to contain the military raise of the Grand Duke of Tuscany, who, with the fortifications in Portoferraio, owned a strategic stronghold in the Tyrrhenian Sea , from which he was able to seriously endanger the Spanish interests in this part of the Mediterranean Sea. The village was under the reign of Naples in 1714 until 1801, when it was left in the hands of the French who occupied the whole of Tuscany.

n 1815, after the fall of Napoleon, it was again under the grand duchy of Tuscany, until the unification of Italy.

During the 18th and 19th centuries, together with Portoferraio and Marciana Marina, Porto Azzurro was one of the main fishing centers on the island, with many fishermen immigrating from Naples, Ponza and Genoa.

The small town center is very beautiful with its narrow uphill roads, stone houses, enchanting corners and squares, and the large, lively square that reflects on the sea in the harbour. There are three places you must go and see:
The Madonna di Monserrato Sanctuary, whose name probably comes from the famous sanctuary in Barcelona, built during the 17th century by the Spanish governor y Leon. The painting of the Virgin in the Sanctuary is said to be an identical copy of the one in the Sanctuary in Spain with the same name.
In the Fortress of San Giacomo, the prison headquarters, a Spanish fortress built during the 17th century there are very interesting handicrafts on sale.
The Spanish Church (Chiesa Spagnola) with a marble statue of the general Diego D'Alarcon We suggest an excursion from Porto Azzurro to the Terranera Lake and to Monserrato. In the territory around the village, apart from the affluence of tourists, much land is used for the cultivation of fruits and wine, and all around you can admire beautiful cultivated fields, especially in the valleys of 'Mola', 'Montserrato' and 'Reale'.